Athanasia - The Order of the Silver Compass 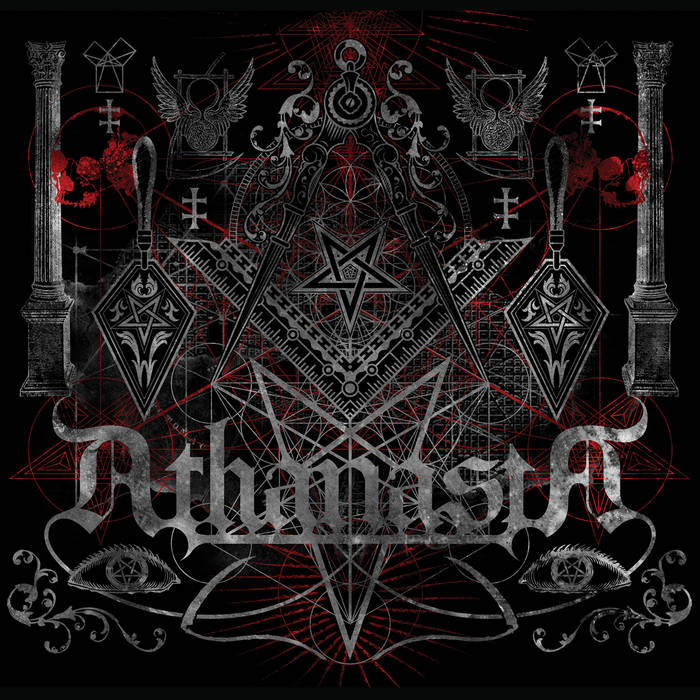 Telle Isla What a perfect album! Each song has hook that could stick to your mind from hours on end. Beautiful combination of classic rock and death metal. Favorite track: Spoils of War.

Michael Neitzel What an Album. I`m stunning 'bout the versatility and the many many melodies. A perfect mixture of Black-, Death-, Heavy/Classic Metal. From the very first listen it blew me away. I can't get enough of this album. The voice is a blast.... Emotional and aggressive... A must have... Favorite track: Spoils of War.

MisterAXR Words Escape me on how much I love this album. I was not expecting a lot and honestly I clicked on this because the album art intrigued me. But after the first three songs I immediately bought the vinyl. Great work. Favorite track: Spoils of War.

voice beneath the well

"“Read Between The Lines,” is a haunting and melodic overture, that brings a great deal of heart and power to the opening of the album. Displaying each member of the band’s talents in abundance, be it a soaring cadence, or a ripping shredfest of a riff, or the pounding of the drums. “Spoils Of War,” is another pounding and fist pumping charger of a song. That once again shows off just how good the band are, with some very relevant lines thrown in. “The Order Of The Silver Compass,” is a pounding monster of a song, with growls aplenty and some snarling weaving melodies thrown in for good measure. “Cyclops Lord,” is a soaring anthem, with big bold melodies and some sharp contrasts thrown in for good measure.
“The Bohemian,” a snarling duel between right and wrong, between the differing flavours within the fold, all of which ensure that things never quite change, and never truly venture without. “Mechanized Assault,” is a brutal riff melody which leads and bounds within and without. “Nightmare Sound,” is a slow build, with increasing bounds of aggression and destruction present through the lyrics and melodies. “White Horse,” slows things down and adds a touch of melody into proceedings"
- The Median Man
themedianmanblog.wordpress.com/2019/01/22/athanasia-the-order-of-the-silver-compass-review/

"Just like you think you’ve had it, the title track The Order Of The Silver Compass is kicking in, just in time. Here shows the band their black metal side, while the basis lies on a bay-area sound. The vocals are even more black, while the melancholy clean chorus is sung in a way we know from a band like Mercenary or Scar Symmetry......
....On Mechanized Assault the throttle, after another long intro, is pushed. Blackend groove metal predominates, because that’s how you can describe the band in this song. Through the addition of some sympphonic keyboards, this song also shows some influences from bands like Behemoth, Samael, Rotting Christ or Dimmu Borgir. Something that also emerges in the ensuing Nightmare Sound, while the melancholic vocals from the beginning of the album return....
.....The band is in the midst of heavy metal and black metal, but offers fans of both genres enough material to drink a beer together. "
- Metal Warehouse
www.metalwarehouse.nl/reviews/athanasia-the-order-of-the-silver-compass/

"The style of ‡ Athanasia ‡ is not so easy to put in any of the usual drawers. Rather, the band moves in a conglomerate on classic Metal, Thrash and Death / Black Metal elements whose weighting varies within the songs constantly. On the one hand, this may take a bit of getting used to, but on the other hand it may appeal to a willing and diverse audience."
- Hellfire-Magazin
www.hellfire-magazin.de/athanasia-the-order-of-the-silver-compass/

"Strong debut of the US band Athanasia. A broad coverage of various metal genres, vocal variety and wild guitar solos. Especially in the second half of the album "The Order Of The Silver Compass" is going strong. Listen and enjoy. Let's hope that this debut album will be followed by many more Athansia works"
- Metal Inside
www.metalinside.ch/2017/05/athanasia-the-order-of-the-silver-compass/

This album was recorded at the highest level of fidelity possible using only the finest analog and digital equipment available.

ATHANASIA is a power trio playing a highly original hybrid of classic and modern heavy metal. Their debut LP “The Order of the Silver Compass” combines anthemic stadium metal hooks with elements of bay area thrash and Scandinavian black metal styles. ATHANASIA is hell bent on ensuring that loud, guitar driven heavy metal music will continue as an art form until the end of time itself! ... more

Bandcamp Daily  your guide to the world of Bandcamp